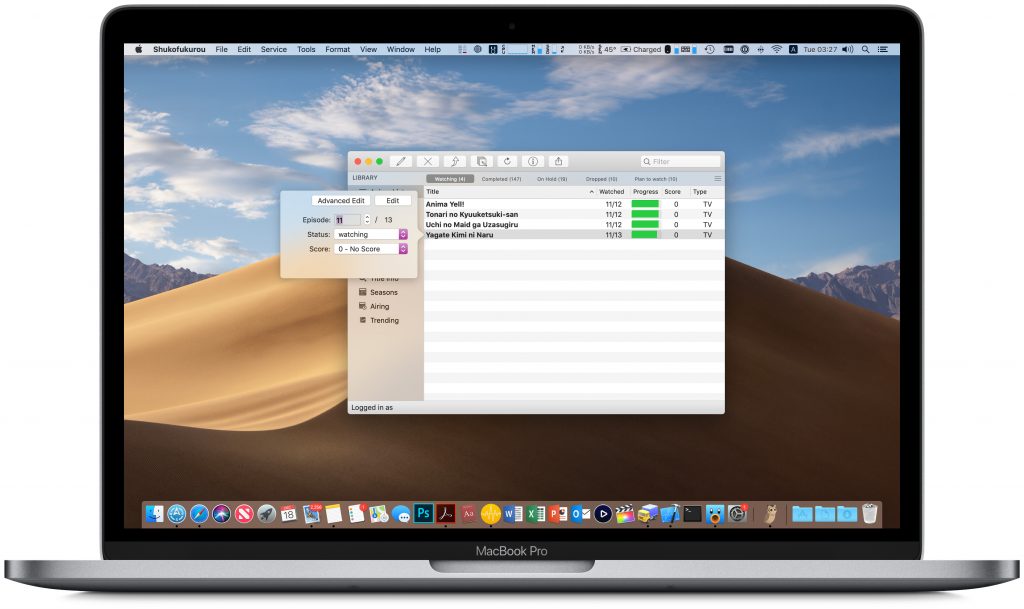 Shukofukurou 3.2, a feature release is now released and contains a bunch of new features seen in the iOS release of Shukofukurou. This brings a redesigned person browser that allows users to search for characters and staff on AniList like you can in the iOS version. Also, Airing Notifications, a Trending View, and a redesigned Season Browser has been added. 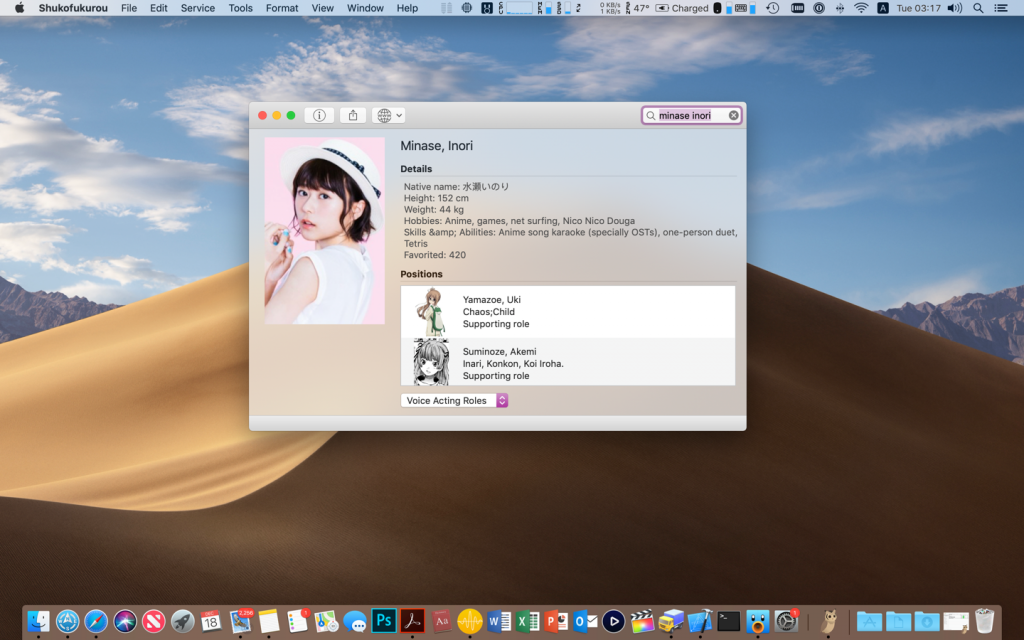 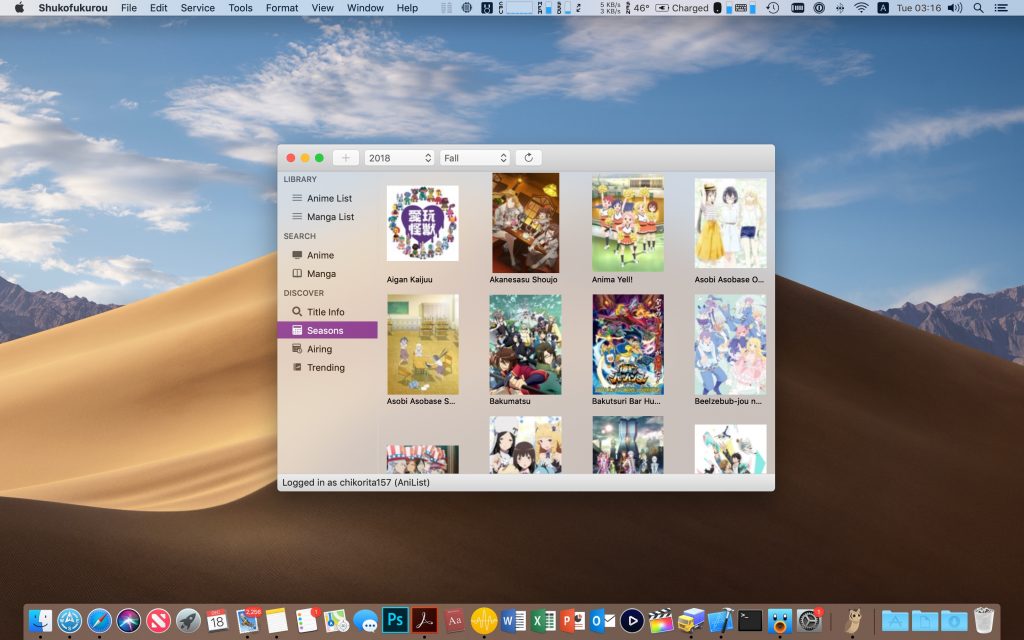 The Season Browser is now redesigned to look like the iOS version. Instead of being a table view of titles that air during a given season, it will now show the title and the poster image. This is meant to match how the titles appear in the iOS version. Also, the Season Browser will use season data from the service you are currently using. So, if you are using Kitsu, you will view season data from that service, leading to less error messages that a title can’t be found on the service. 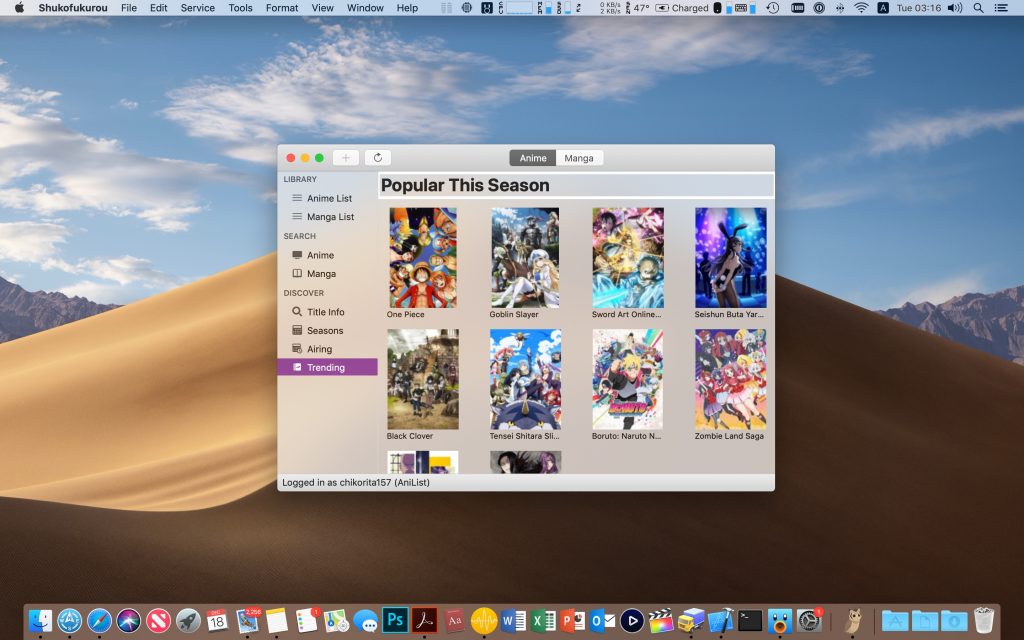 Like with the iOS release, the macOS version now has the ability to view anime and manga titles that are popular, highest rated, just added and trending. Unlike the iOS version, you can add titles from the trending view to your list. 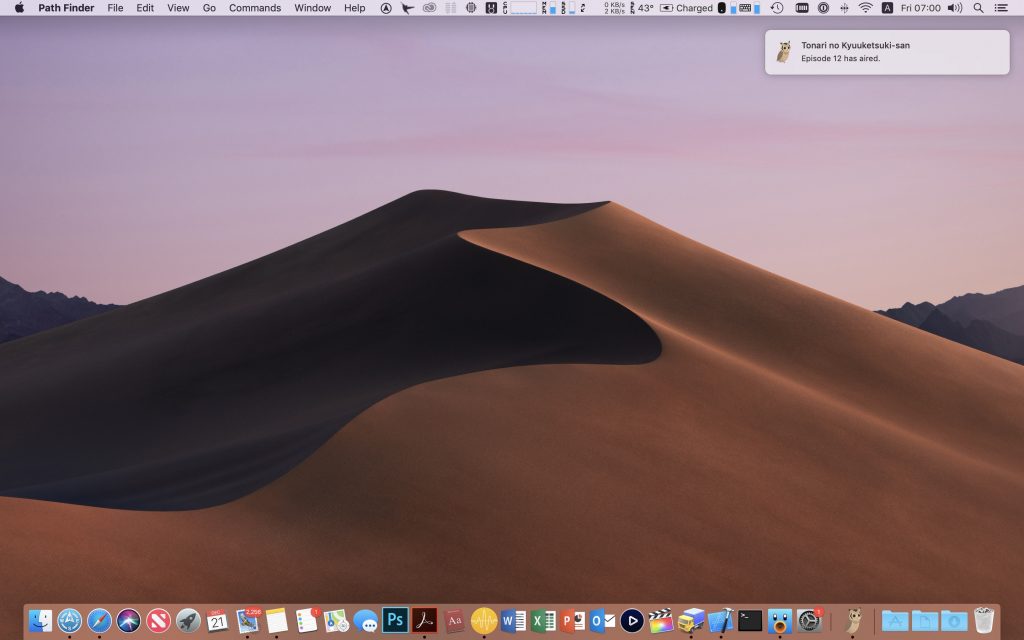 Lastly, Airing Notifications finally makes it to the macOS version. Currently, none of the desktop anime tracking software has this feature. This feature allows you to receive notifications of currently airing titles that are on your watching and plan to watch lists. Like with the iOS version, you can enable or disable notifications on a per title basis and you can select which list to base the notifications off of.

Note that not all titles on Kitsu can receive notifications as we are using airing data from AniList.

You can now upgrade to this release by checking for updates if you using the non-AppStore release or updating it from the Mac App Store. The app is free, but the Person Browser and Air Notifications requires a donation license in order to use these features. A donation license or downloading from the Mac App Store cost $4.99, which goes towards future development of our apps.

Don’t have Shukofukurou yet? Download it from the product page. Source code for this release is available here.

Previous Post:Year in Review and Roadmap to the Future
Next Post:Introducing Hato