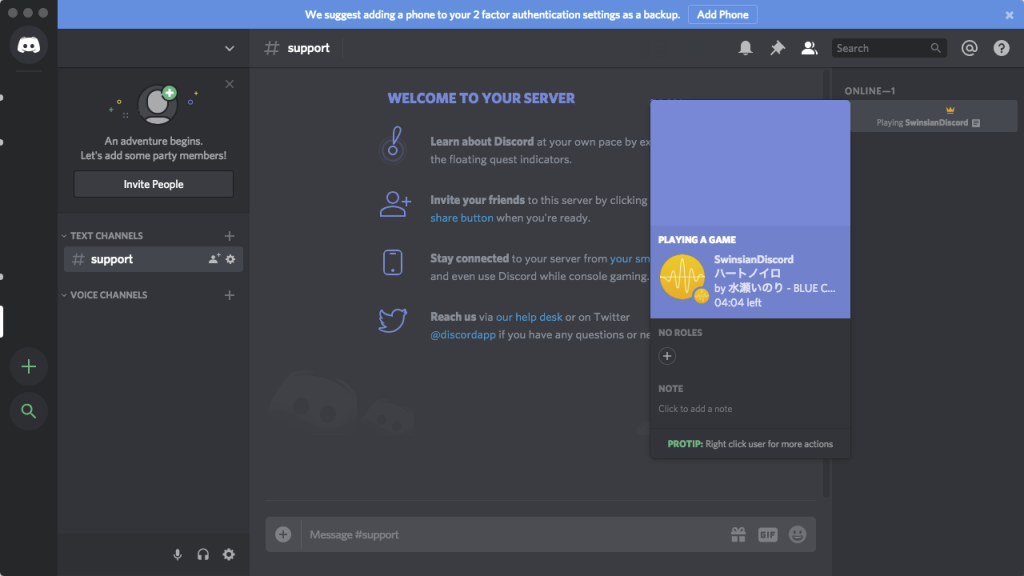 SwinsianDiscord is a menu bar utility allows you to share what you are listening in Swinsian or Apple iTunes/Music on Discord using Discord Rich Presence. It’s free and open source.

Adds support for the Music.app under macOS 10.15 Catalina. Note that elapsed time does not work with Music.app since the app does not provide this information.

Fixed elapsed time. Now it matches the current playing track. The remaining time will become 24 hours when the track is paused.