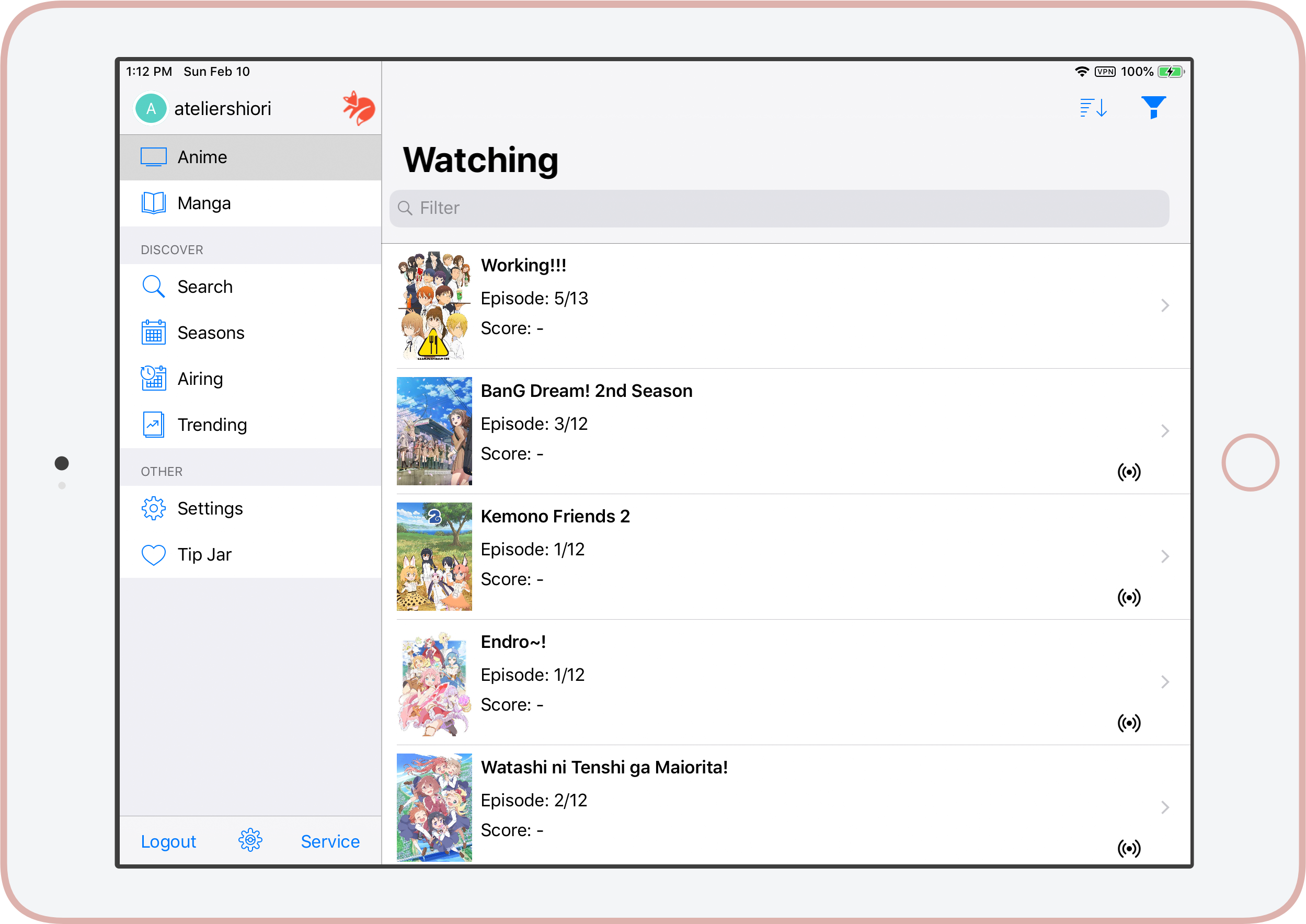 Shukofukurou for iOS 1.2 is now available for beta testing. 1.2 brings a lot of improvements with some new features such as:

This version is available on TestFlight, which is restricted only to active patrons.1.2 will be released sometime next week.

While the iOS version costs $2.99 to cover the costs of distributing it, I am hoping that I get enough monthly donations so I do not have to charge for the iOS version. Currently, there is a big drop in donations and I am not sure I will be able to cover all the development costs at the end of August of this year and might fall a bit short.

If you want to test and help support the development of Shukofukurou and Hachidori, feel free to become a Patron. The current goal is $10 a month, which will at least at the bare minimum cover the cost of the Apple Developer Program and some of the hosting costs. This is the goal in which the iOS version becomes free.