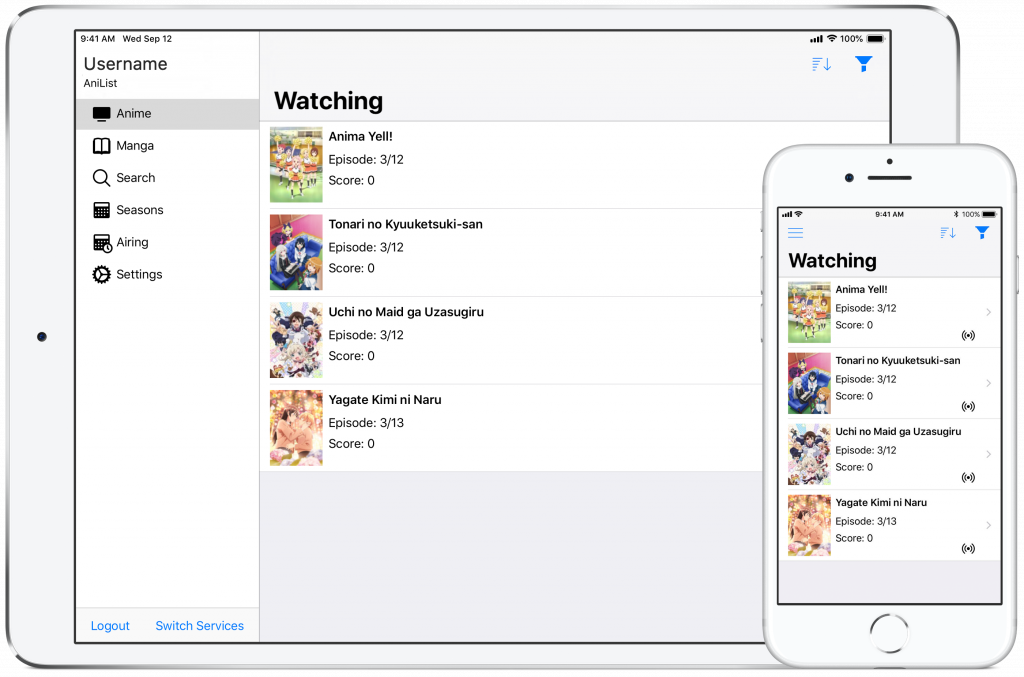 Shukofukurou for iOS has gone gold and is now available on the Mac App Store. Just like Shukofukurou for Mac, the iOS version has most of the functionality of the desktop version, allowing you to manage Kitsu or AniList anime and manga libraries on your iPhone or iPad.

Since it costs money to distribute iOS applications ($99 a year) and since I have no patrons nor I reached the set goal, I had no choice but to make it a paid application, which works the same as a donation license as it will solely go towards development. It will cost $2.99 to download the app, but it will be fully featured without any advertisements. However, the source code will be free to download and compile for yourself, although Apple only allows you to run the application you compiled for only 7 days before you have to reinstall it with a free developer account.

You can download it from the App Store from below. The source code is available for free here.

If you participated in the public beta, the last beta version will continue to function until it expires. It’s strongly recommended to update to the final version. If you become a patron, you can request a promo code after you contributed at least $3 in total throughout all the months. You may also request a Hachidori and Shukofukurou for Mac license after contributing $10 in total throughout all the months you are an active patron.

Once we reach our goal of $9 for at least 3 months or more, I will make Shukofukurou for iOS for free. If you are interested in becoming a Patron and support the development of our apps, feel free to do so here